[2010-07-14]  Conversation, France, Income, Loneliness
ONE in ten people in France lives in solitude and a quarter have only the most basic links to family or friends, a new report has revealed. The issue of solitude came up in 2003 after the deadly heatwave in which thousands of old people died at home alone. Social Networking Sites do not compensate for the lack or real encounters. 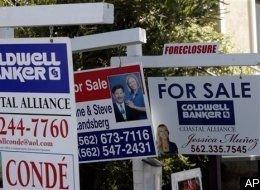 Between June 2008 and May 2009, of the 4,690 homeowners who were able to negotiate with their banks through this program, 2,776 succeeded in holding on to their homes.
Values > Inclusion and Respect for Differences

Canada Ratifies UN Convention on the Rights of Persons with Disabilities

[2010-03-12]  , Canada, UN Convention
(No. 99 - March 11, 2010 - 11:15 a.m. ET) The Honourable Lawrence Cannon, Minister of Foreign Affairs, and the Honourable Diane Finley, Minister of Human Resources and Skills Development, today announced that, with the support of all provinces and territories, the Government of Canada has ratified the Convention on the Rights of Persons with Disabilities at United Nations headquarters in New...
Places > Body

[2010-01-27]  Amputatees, Praplegic, Quadriplegic
FRENCH doctors treating earthquake victims in Haiti said on Sunday they had never seen so many people seriously injured and were having to carry out hundreds of amputations.«They're going to be left with a disproportionate number of amputees per head of population, not to mention the people who are going to be left para- and quadriplegic from this.»
Values > Compassion 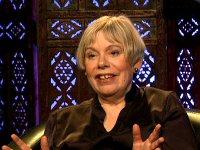 On February 28, 2008 Karen Armstrong won the TED Prize and made a wish: to help creating, launching and disseminating a Charter for Compassion. Since that day, thousands of people have contributed to the process so that on November 12, 2009 the Charter was unveiled to the world. Listen to the talk.
Actions > Information

4,1 billions cell phone subscribers in the world at the end of 2008

[2009-12-18]  Communication device, Contact, Loneliness, Text message.
Subscribers in Canada: 22 millions, in the U.S : 270 millions, in France: 58 millions, in Algeria 32 millions, in Marocco: 31 millions «At what cost is technology replacing personal contact?» asked Jack Cafferty in his blog on CNN.

An interview with Ian Brown, author of 'Boy in the Moon' 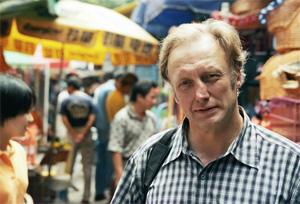 Ian Brown, acclaimed Globe and Mail journalist, author, and television host, gave L'Arche an interview for the Winter issue of A Human Future, about his journey with his son Walker, who is profoundly disabled by cardiofaciocutaneous syndrome (CFC), a rare genetic disorder. 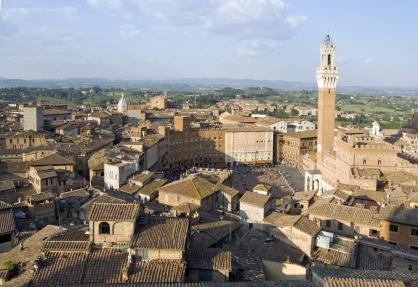 Project for Public Spaces (PPS), a nonprofit that supports the development of community-friendly places, has compiled a list of 60 of their favorite public gathering spots around the world. The intro to the list waxes a bit epically, hinting at “the places we remember most vividly, the places where serendipitous things happen, the places we tell stories about.”
Places > Work 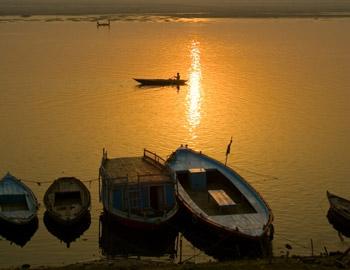 «I began writing this book knowing that ours might be among the last generations in history able to enjoy the down-to-earth luxury of freshly caught fish. ...when I started planning my voyage, a decade of fish eating had left me half-educated about some of the crucial issues surrounding seafood...I heard all the talk about sustainable seafood, but I was not sure how to walk the walk.
Places > Country

How the City Hurts our Brain

[2009-02-01]  City, Attention, Consumer, Crowds, Emotion
Do we belong to what hurts us as well as to what heals us? «Now scientists have begun to examine how the city affects the brain, and the results are chastening. Just being in an urban environment, they have found, impairs our basic mental processes. After spending a few minutes on a crowded city street, the brain is less able to hold things in memory, and suffers from reduced self-control. 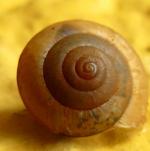 Woody Tasch, author of Slow Money, is making a surprising change of course. In the world of capital risk he comes from, he now puts financial capital at the service of social capital. He visits a region, brings together its leaders in sustainable agriculture, evaluates the social capital at hand, and then, in the next step, secures needed financial capital. Inspired by E.F. Schumacher, he...
Values > Inclusion and Respect for Differences 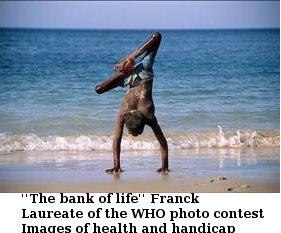 BBC: Tuesday, 6 January 2009 The UK's equality body - the Equality and Human Rights Commission (EHRC) - has criticised the government's delay in signing the UN disability treaty.  And the EHRC has written to the government asking it to explain the large number of proposed opt-outs. The official name of the disability pact is: The UN Convention on the Rights of Persons...
Places > Country

In Canada, income inequality and poverty have increased rapidly since the mid-1990s 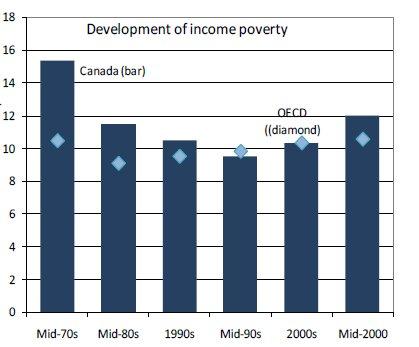 In the last 10 years, the rich have been getting richer leaving both middle and poorer income classes behind. The rich in Canada are particularly rich compared to their counterparts in other countries – the average income of the richest 10% is US$ 71,000 in purchasing power parities, which is one third above the OECD average of US$54,000. The poor and the middle classes are also richer than...
Elements > Earth

[2008-12-17]  Agriculture, Energy, Environment, Food
With Soil Not Oil, Vandana Shiva brilliantly reveals what connects humanity’s most urgent crises – food insecurity, peak oil, and climate change – and why any attempt to solve one without addressing the others will get us nowhere. [...] A new battle in what looks more and more like a cold war between the well organised industrial agriculture, under the leadership of Monsanto...